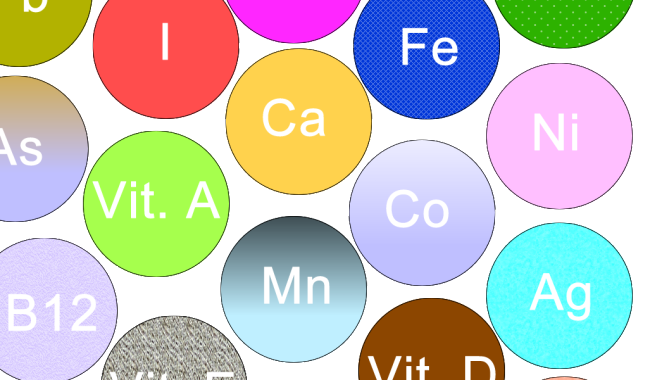 Human milk is a heterogeneous fluid that contains numerous nutritional and bioactive components. In the past, we identified protein, lactose, sodium and citrate in human milk as the biomarkers for the stage of lactation as well as pathologies such as mastitis. In addition, we have used fat content in human milk combined with infant test weighing to establish the fullness of the lactating breast and thereby estimate the volume of milk contained within the breast. The use of milk components as biomarkers provides a non-invasive and objective measure to understand milk synthesis, milk removal and supports the exploration of the health of both the breast and milk. Building our knowledge in this area will allow the development of evidence-based interventions that have a greater chance of improving both maternal and infant health on a global scale. Our research group is continuously seeking to standardise, redefine and develop analytical methodologies not only to discover new components of human milk but also to advance the scientific accuracy and precision of human milk analysis.

Although the majority of milk components are synthesized in the lactocyte, trace metals and synthetic contaminants are likely transferred into milk via the maternal bloodstream. These components have the potential to greatly influence the growth and development of infants. This study is aimed at determining the levels of trace metals and synthetic contaminants in a historical cohort of milk samples collected from lactating mothers in Perth, WA, over the past 10 years. This project will explore the influences of rapid growth of the local population and dramatic changes in nutrition and lifestyle over the past 10 years on these milk components.

Human milk is an optimal nutrition for a growing infant which contains multiple bioactive components and factors that regulate infant growth and development, including appetite hormones, growth and inflammatory factors. We have limited knowledge about how these molecules relate to development of infant appetite control and lean and fat body mass (body composition), and how human milk and breastfeeding protect infants from developing obesity and obesity related health issues later in life.

This study will explore relationships of human milk bioactive components, such as insulin, glucose, leptin, active ghrelin, adiponectin, resistin, obestatin and cytokines including TNF-a and TGF-b with breastfed infants’ health, growth and development of body composition over 12 months of life and beyond, using new techniques (ultrasound and bioelectrical impedance spectroscopy). Additionally, the effect of maternal factors, such as adiposity, diet, health status on human milk composition will be elucidated, to further understand the influence mother has on her growing infant during lactation period. 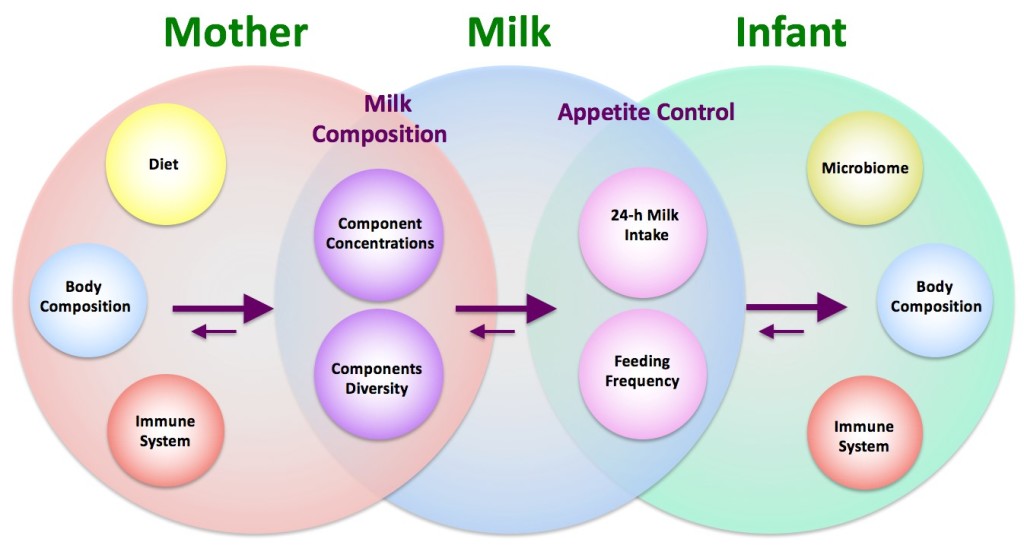 Vitamin D is prohormone important in human health. It is responsible for increasing intestinal absorption of calcium, magnesium, phosphate, and other biological effects. While vitamin D2 is from the diet, vitamin D3 is primarily derived from phototransformation in the skin. These two vitamin D are further metabolized in the liver to form 25-hydroxyergocalciferol (from D2) and 25-hydroxycholecalciferol (from D3). These two metabolites are commonly known as 25(0H)D or 25-hydroxyvitamin D and circulate in the bloodstream. Vitamin D in human milk is derived from the maternal circulation. 25(OH)D is the most abundant form in human milk. We hypothesis that the concentration of vitamin D in human milk is associated with maternal factors, such as obesity and percentage of fat and fat free mass etc.

Zn transporters are associated with zinc homeostasis in the mammary epithelial cell (lactocyte) which is responsible for milk sythesis. A mutation of zinc transporter gene (ZnT2) of the lactocyte in animal models has been shown to alter zinc homeostasis and is also implicated in disorganization of the architecture of the mammary gland. Consequently Zn transporter mutations lead to poor milk synthesis and milk production. Furthermore, low gene expression of ZnT2 has been related to low milk production in women. We hypothesise that low mRNA expression of ZnT2 in milk is related to the zinc concentration in milk. Further, zinc concentrations in the milk of mothers with low milk production will differ from those with normal milk production.

Aim:
To determine the relationships of mRNA expression of zinc transporters and zinc concentration in the milk between mothers with low and normal milk supply.

If you would like to contribute to breastfeeding research please